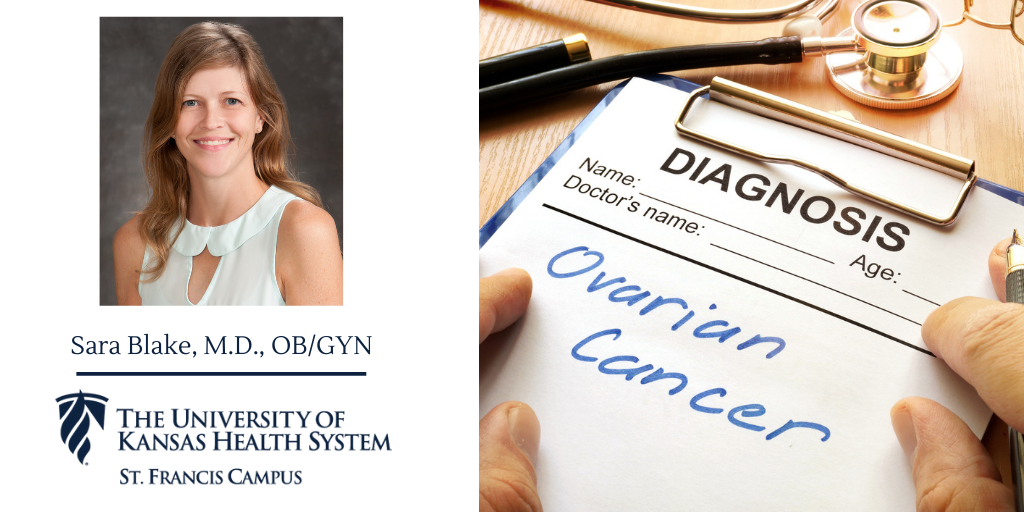 Each September, we recognize the American Cancer Society’s fifth-ranked cancer in cancer deaths among women during Ovarian Cancer Awareness Month. This month, we sat down with Sara Blake, M.D., OB/GYN at The University of Kansas Health System St. Francis Campus Women's Center, to learn more about ovarian cancer’s effect on fertility.

Since ovarian cancer affects the ovaries, the part of the female reproductive system that produces eggs and other hormones, the question of fertility often comes up when a patient’s first diagnosed. The answer isn’t so black and white, but Dr. Blake says some cancer treatments affect fertility.

“There are some forms of ovarian cancer that can be treated with the removal of only one ovary, leaving the second ovary to function normally,” Dr. Blake said. “However, most epithelial ovarian cancers are found at a later stage and require the removal of all pelvic organs, including the ovaries, tubes, uterus, among others. In these cases, the patient would no longer be able to conceive or carry a pregnancy.”

When certain pelvic organs need to be removed, egg retrieval for surrogacy or other purposes, may not be an option before treatment.

“The question of whether or not you can freeze your eggs before undergoing treatment is a question you’ll want to ask your doctor,” Dr. Blake said. “In most cases, this will not be an option, as the most important thing is to get treated for the cancer itself. In some rare instances, however, it may be appropriate to consider.”

Because of the link between ovarian cancer and the reproductive system, there’s also often a question of whether the use of fertility drugs increases your risk of developing this type of cancer.

“No one knows the answer to this for sure,” Dr. Blake said. “Some studies have suggested a link between the two. It’s important to note, however, that women who wait until a later age, typically over 35, to have their first full-term pregnancy, or never carry a full-term pregnancy, are also at increased risk for ovarian cancer. Many of these same women will have used fertility medications at some point in life as well, so it’s complicated.”

In its early and most treatable stages, ovarian cancer symptoms can be mild or nonexistent – which is one of the reasons it oftentimes goes undiagnosed until it’s progressed.  Considering there is no reliable routine screening, it’s important to report your symptoms.

According to the Centers for Disease Control and Prevention (CDC), signs of ovarian cancer may include the following symptoms:

If you’re experiencing any usual symptoms, discuss these changes with your doctor to find out if you should be screened for ovarian cancer. The most reliable way to confirm a diagnosis is through imaging.

“While ovarian cancer may be suspected based on your symptoms, family history or physical exam, imaging is most helpful in ovarian cancer diagnosis,” Dr. Blake said. “Ultrasound and CT scans can both be utilized to characterize suspicious pelvic masses along with blood testing for tumor markers. Ultimately cancer diagnosis is a pathological one made by examining recovered tissue at the time of surgery.”

Learn more about the women's services offered at The University of Kansas Health System St. Francis Campus, or call 785-295-5330 for more information.

Time Is Brain: Don't Delay Care Because of COVID-19 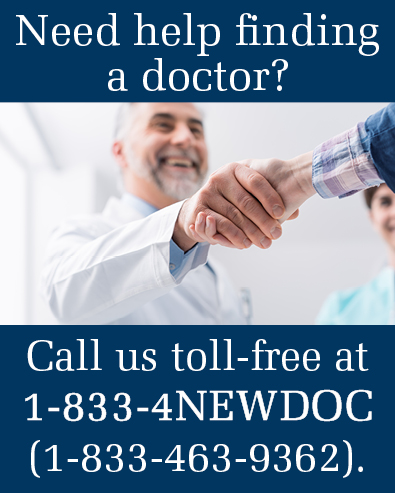